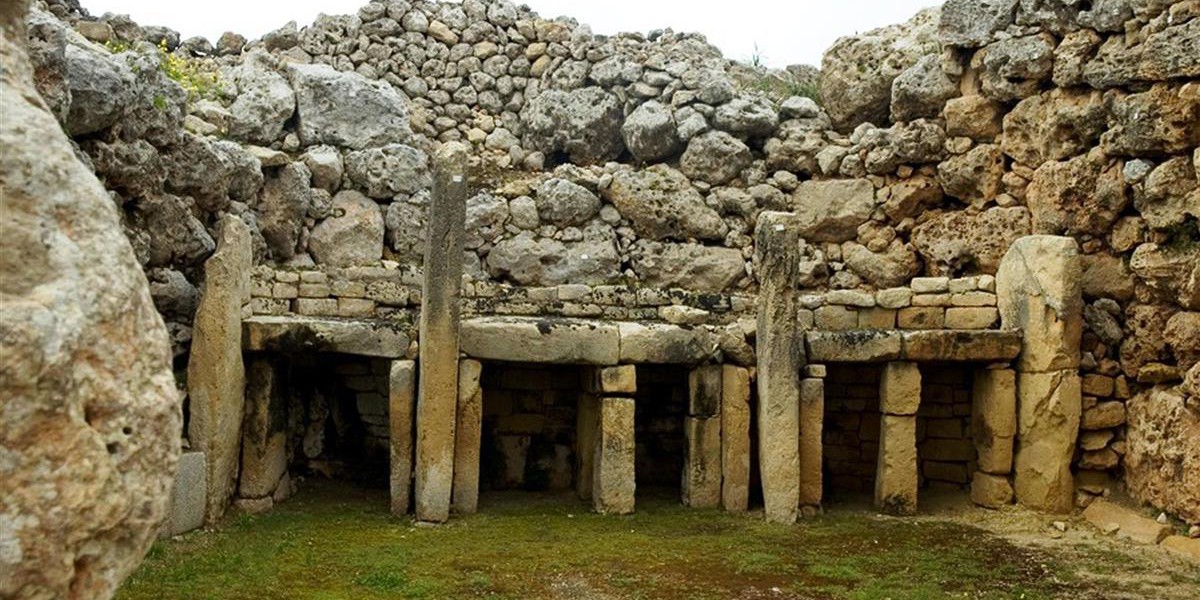 The Ggantija Temples located in the village of Xaghra, Gozo are considered one of the oldest free standing stone monument in the world.  It is believed that they have been built dating back 3600 and 3200 B.C.   Built earlier than the Stonehenge and the Egyptian Pyramids, the Ggantija temples consists of two temples which are built side by side and enclosed within a boundary wall.

The name Ggantija comes from the Maltese word ‘Ggant’ which means giant.  The reason for such name is that these temples are associated with a race of giants.  The temples which are still in a very good state of preservation are built from rough coralline limestone blocks.  Some of these large blocks are more than five metres long and weigh more than fifty tons.  The inner area like altars and decorative slabs are than built from softer Globigerina limestone.  In both temples one can find various apses which contains altars where people used to sacrifice animals.  Potteries and figurines were found on site and nowadays they can be found in the Museum of Archaeology in Victoria, Gozo.

Visiting the Ggantija Temples and more.

The Ggantija Temples, listed in the UNESCO World Heritage List are the oldest temples in Europe.  And according to touropia.com, the Ggantija temples are amongst the ten oldest temples in the world.  The Ggantija Temples are not the only ones found in this list.  One will also find The Hypogeum known as the only prehistoric underground temple in the world; and the temples of Hagar Qim and Mnajdra which are located upon a cliff on the southern edge of the island.

Malta is immensely rich in its unique archeological heritage.  The Maltese islands reflects Mediterranean cultures and nations that have come into contact throughout the centuries starting as early as the Neolitic period.  For those who studies archeology and those who are fascinated with the history of Europe and the Mediterranean, Malta is definately a place to visit.  If you are planning to visit the Maltese Islands and you are looking for an accommodation in Gozo, Madonna Ta’ Pinu farmhouse can offer you the ideal place.