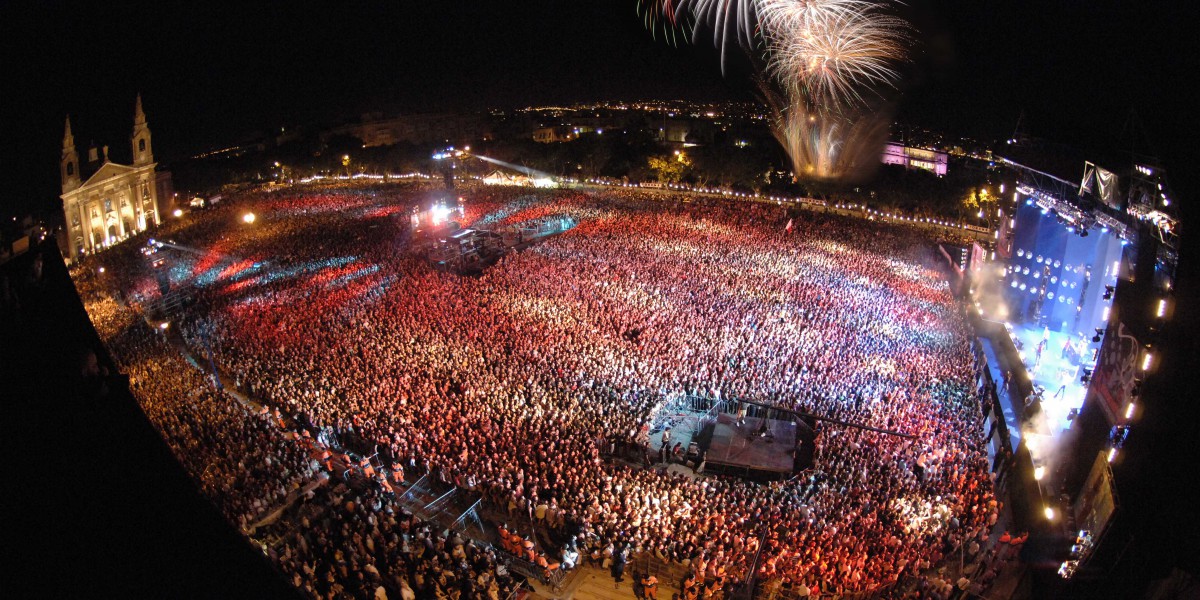 The annual event Isle of MTV Malta will be held next month on June 28th.  The tenth edition of this free live music event will be organised by MTV and the Malta Tourism Authority.   Considered one of the most attended free open-air concerts in Europe, Isle of MTV will be located on the Granaries in Floriana in front of a crowd which annually marks around 50,000 people.  International superstars such as Lady Gaga, Black Eyed Peas, One Republic, David Guetta and Enrique Inglesias are few of many artists who performed live during previous concerts.

The first artist to take stage at this year’s event will be Jess Glynne.  Grammy award winner and British singer/songwriter is looking so much forward for this year’s concert saying: ”I am super excited to be coming to Malta for the 10th anniversary of Isle of MTV.  Can’t wait to celebrate with you all”.  International rapper Wiz Khalifa is also confirmed in taking part in this year’s Isle of MTV.  ‘Roll Up’, ‘Black and Yellow’ and ‘No Sleep’ are definately those hit singles which shot his international career.  And last but not least, popular DJ from Tomorrowland Dj Steve Aoki will be closing this massive anniversary and straight after he will also headline the Official Isle of MTV Malta AFTERPARTY at Malta’s most popular location Gianpula.

With the Isle of MTV Malta becoming an important annual destination for music lovers, Malta Toursim Authority together with G7 events will be once again organising the Malta Music Week.  Promising to be something extra special for the 10th Anniversary,  the Malta Music week consists of days of musical celebrations leading to Europe’s most awaited free live concert.  Speaking about the Malta Music Week, one cannot forget the island of Gozo where on Saturday 25th, G7 will be organising the Gozo Tour.  So, if you’re a music lover and thinking of a well deserved holiday in the Maltese Islands, we can provide you with the perfect accomodation in Gozo.